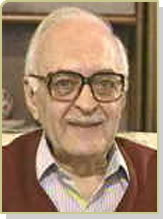 Bekir Sitki Sezgin was born on July 1, 1936 in the Sehremini district of Istanbul. In 1959, after passing auditions at Izmir Radio, he was taken on as a vocal artist. During the same year, entering another examination, he received the title "First-class vocal artist." In 1976, he was appointed a member of the teaching staff at the Istanbul State Turkish Music Conservatory. His compositions include both religious and secular pieces, including the ilahi, durak, best, agir semai, yürük semai, and sarki genres. He died in 1996.